In recent weeks, the NAACP, the Gay & Lesbian Alliance Against Defamation and the National Education Association have each issued public statements in support of the deal. The groups all say their public positions have nothing to do with the money they received from AT&T. And AT&T says it supports nonprofit groups because it’s the right thing to do — and not because of any quid pro quo.
POLITICO Link to Story

Breaking down the walls between art, hard sciences and math, a new crop of educators is designing curricula that allow these subjects partner with one another, encouraging holistic learning. Across the country, teachers and administrators are coming to a similar conclusion: art informs science, technology, engineering and math (STEM) and vice versa.
U.S. News & World Report Link to Story

When Bradford Parkinson wrote to the Federal Communications Commission in August, urging the commission to scuttle LightSquared’s plans for a nationwide wireless network, he signed off as vice chairman of a board of independent experts that advises federal agencies on GPS-related matters. Here’s what he didn’t mention: Parkinson is heavily invested — to the tune of millions of dollars — in Trimble, a GPS company at the center of an all-out lobbying blitz against LightSquared in Congress and federal agencies, including the FCC.
POLITICO Link to Story

The plot against the Internet

Bureaucrats from around the world will gather behind closed doors in Dubai next week to plot an end to the Internet as we know it — or so Washington would have you believe. Hill lawmakers warn that the 120-plus U.S. delegation needs to fend off efforts by China, Russia and developing nations to use a United Nations branch organization to censor or tax the Net.
POLITICO Link to Story

On Wednesday, the Federal Communications Commission rolled out a shopworn plan to restore open Internet rules. But there is one twist: support of community broadband. As part of an effort to retool so-called net neutrality regulations, which suffered an unfavorable ruling from a federal appeals court last month, the FCC announced that it will take a close look at lifting restrictions some states have placed on the development of municipal broadband.
Slate Link to Story

Eliza Krigman is an independent journalist based in London. Her work has appeared in the New York Times, the Washington Post, Marie Claire and the Los Angeles Times, among other leading publications. She has been a featured guest on both national radio and television. Before launching a career as an independent writer, she held staff positions at National Journal and Politico.

She grew up in Boston, MA and received her bachelor's degree from the University of Wisconsin at Madison. She can be reached at eliza@elizakrigman.com 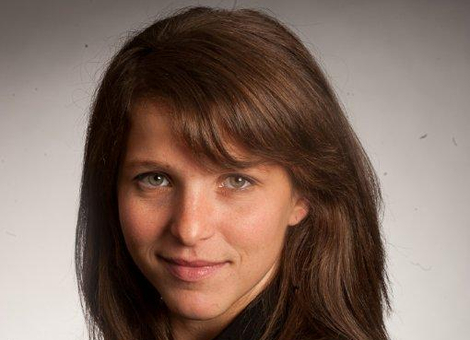